*WOW! Russia’s new weapons!* – The nations are preparing for War – Bible in the News Video Post

Print
May 27, 2018 – Audio, 12.17 MIN
(Links at bottom of page to download free viewers.)
Hello and welcome to another Bible in the news. This week we review Russia’s scary new weapons which will be ready for use in the next two years. The nations are indeed preparing for the great conflict of the latter days as we would expect from Bible prophecy. This is Matt Davies joining you.

In the Bible, in the book of Joel chapter 3, we read of a remarkable prophecy of our time. We know this because in the first verse, God, through the prophet declares:

“For, behold, in those days, and in that time, when I shall bring again the captivity of Judah and Jerusalem…” Joel 3:1

It is thought that Joel was written around 900 years before Christ. We have seen God’s hand at work fulfilling this prophecy in recent years, 3000 years later. The Jewish people, who despite being scattered from their homeland by the Romans nearly 2000 years ago, retained their cultural identity and in recent times have been regathered to their land. They declared the independence of the state of Israel in 1948, 60 years ago. They obtained control of Jerusalem after the ‘Six Day’ war in 1967.

Joel chapter 3 is a prophecy for our days then – in the time when God has indeed brought again the captivity of the people of Judah and Jerusalem back from their wandering.

The next verse explains Gods intention for this regathered people:

“I will also gather all nations, and will bring them down into the valley of Jehoshaphat (God’s judgment), and will plead with them there for my people and for my heritage Israel, whom they have scattered among the nations, and parted my land.” Joel 3:2

The people of Israel are set to become the center of an international controversy. They will be attacked by the nations but then God will act in defense of His people.

The grand point to this is recorded later in the chapter:

“The LORD also shall roar out of Zion, and utter his voice from Jerusalem; and the heavens and the earth shall shake: but the LORD will be the hope of his people, and the strength of the children of Israel. So shall ye know that I am the LORD your God dwelling in Zion, my holy mountain: then shall Jerusalem be holy, and there shall no strangers pass through her any more.” Joel 3:16-17

These things then that have been revealed to any who wish to understand the Creators purpose. He will use this coming conflict in order that people will know Him. Clearly this indicates that Israel do not currently know Him. In that day the world will know Him and He will dwell in Jerusalem which will become the capital city of the Kingdom of God on earth. At this time Jesus and His faithful followers will be “kings and priests: and we shall reign on the earth”. (Rev 5:10)

This is ultimately where the world is heading and this is God’s great purpose.

It is interesting to consider that in the middle of the prophecy of Joel chapter 3 we read:
“Proclaim ye this among the Gentiles; Prepare war, wake up the mighty men, let all the men of war draw near; let them come up: Beat your plowshares into swords, and your pruninghooks into spears: let the weak say, I am strong.” Joel 3:9-10

So we can expect, after the regathering of the people of Israel, a preparation for war that involves resources being spent on developing weaponry.

In the companion prophecy of Ezekiel 38, we read of the principal nations involved in the coming conflict. The main leader of the attack, we are told, is Gog who is the prince of Rosh. Rosh is an ancient name for the people of the Rus, who we now call the Russians.

We would expect therefore to see them leading the way in the preparation for war in the latter days.

Bible in the News 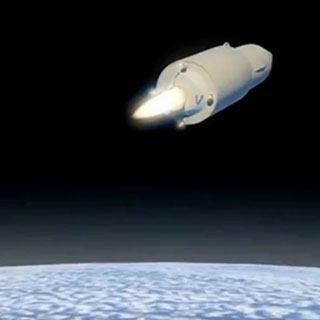 This week in the news we have once again read of Russias preparations for war.

CNBC reported on the 24th May that “Russia quietly conducted the world’s longest surface-to-air missile test”. The report stated that:

“Russia quietly conducted the world’s longest surface-to-air missile test, according to sources with direct knowledge of U.S. intelligence concerning the weapons program. The S-500 surface-to-air missile system successfully struck a target 299 miles away, which the U.S. assessed is 50 miles further than any known test, said the sources, who spoke to CNBC on the condition of anonymity… The latest revelation comes one week after CNBC learned that multiple U.S. intelligence reports assess that Russia will be capable of fielding a hypersonic glide vehicle called Avangard, a weapon that no country can defend against, by 2020. The hypersonic weapon is capable of carrying a nuclear warhead, is designed to sit atop an intercontinental ballistic missile. Once launched, it uses aerodynamic forces to sail on top of the atmosphere.” 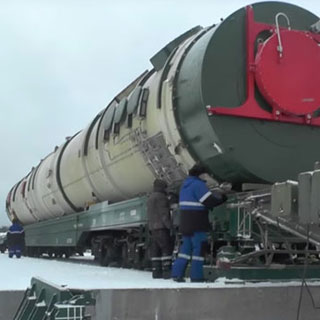 The Avangard hypersonic weapon is supposed to move at 20 times the speed of sound – so fast that it would be impossible to stop. It can carry nuclear warheads and according to reports, there is no known defense against it.

On the 19th of May Russia Today ran an article entitled “New ICBM in 2020, hypersonic glider in 2019: Putin outlines nuclear deployment plans.” ICBM stands for ‘intercontinental ballistic missile’. In the report it stated:
“The Sarmat is Russia’s future silo-based intercontinental ballistic missile, which will replace the ageing Voyevoda ICBMs. The new weapon is said to have extended range, which allows such missiles to reach US territory from the south, where they cannot be stopped by anti-ballistic interceptors deployed in Alaska. The Avangard is a nuclear warhead, which can glide through the atmosphere at hypersonic speeds that make it virtually impossible to intercept with modern and near-future technologies. The Sarmat is expected to carry Avangard gliders. Both weapon systems were showcased by Putin in March during a key policy speech. He said they and several other weapons currently in development in Russia make American ABM systems incapable of reducing Russian nuclear deterrence in the foreseeable future. He said this means that Washington’s decades-old effort to tip the strategic balance with Russia in America’s favor has failed.”

The new Sarmat missile has been nicknamed “Satan 2”. These new weapons which have been in this weeks news are two of six which Putin had announced back on March 1st in his “state-of-nation address.” 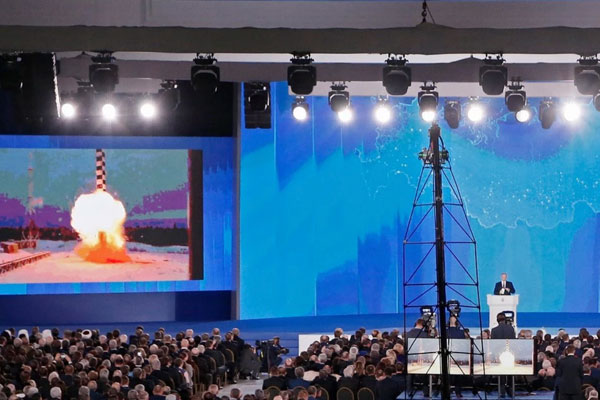 Other weapons he boasted of were a nuclear-armed underwater drone, hypersonic cruise missiles and lasers and a nuclear-powered cruise missile with unlimited range. ITV ran a report on the speech and entitled it “
‘You listen to us now’: Putin boasts of Russia’s new ‘invulnerable’ nuclear weapons.”

We can indeed see the signs of the ramping up of efforts to be ready for war with Russia leading the world now with its superior weaponry.

“And he shall judge among many people, and rebuke strong nations afar off; and they shall beat their swords into plowshares, and their spears into pruninghooks: nation shall not lift up a sword against nation, neither shall they learn war any more. But they shall sit every man under his vine and under his fig tree; and none shall make them afraid: for the mouth of the LORD of hosts hath spoken it”. Micah 4:3-4

What a time to look forward to. A time of peace and of righteousness in the coming Kingdom of God. As we see the signs of the coming conflict unwittingly being set in motion by the powers of men, let us never forget that it is God, the creator of the heavens and the earth who is in control of these things and who has a purpose which He will fulfil.

Therefore we watch and wait for Christ’s return knowing that it is our lot to wait patiently as God calls out of the Gentiles a people for His name (Act 15:14) who will be part of that coming Kingdom.

In the Psalms we read these words:

“Rest in the LORD, and wait patiently for him: fret not thyself because of him who prospereth in his way, because of the man who bringeth wicked devices to pass.” Psalm 37:7

This has been Matt Davies. Join us again next week God willing for another Bible in the News.