Print
September 21, 2018 – Audio, 4.46 MIN
(Links at bottom of page to download free viewers.)
In the news we have been seeing Russia holding its biggest military exercise in history, even surpassing the war games during the cold war, showing Russian President Vladimir Putin’s commitment to his pledge to dramatically increase Moscow’s military capabilities. Meanwhile, only today, the pound was sent plummeting as British Prime Minister Theresa May said that Brexit negotiations were at an impasse and indicated that a ‘no-deal’ Brexit was more likely than ever.

This is Paul Barnes joining you for this week’s Bible in the News.

The Bible teaches that at the time of Christ’s return there will be a great battle, the battle of Armageddon. We are told in Ezekiel 38 that this battle involves Rosh who can be shown to equate to the ancient people Rus (who later formed Russia) and Meshech which is Moscow. Other nations in the prophecy can be shown to be in continental Europe among other places.

Countries such as Tarshish and its young lions (Britain and its offspring nations such as America) are seen to oppose this invasion, but have little influence over the situation and can only protest against it.

Up until around ten years ago, we saw a Middle East almost entirely dominated by the United States and her allies. The idea of America standing by and seeing a power invade large parts of the Middle East seemed impossible and still does. However, over the last ten years, Russia has forged new relationships and rekindled old ones, which has started to reduce America’s influence in the region, bringing the situation ever closer to what is described in Ezekiel 38. From Bible prophecy, we can expect this trend to continue. 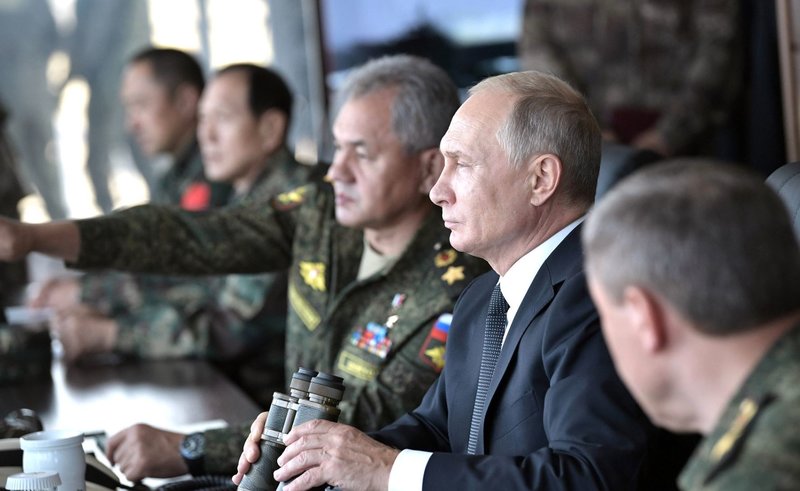 Under Putin’s leadership, Russia has worked hard to undermine American influence all over the world, and also to increase their own. This has been done by strengthening and demonstrating their military capabilities. Earlier this year President Putin personally unveiled a new Russian hypersonic nuclear missile, claiming that it was invincible to all defence systems, even that of NATO. In case the point wasn’t made clear enough to the West, Putin went on to show a video of the missile descending and hitting the US state of Florida.

Russia’s latest military exercises are yet another example of Russia flexing its muscles. These exercises involved 300,000 Russian troops, along with over 1000 aircraft and 36,000 tanks. Again, Russia is signalling to the West that they expect to be treated as an equal, Russia isn’t willing to be told what to do by Washington and wishes to make that clear. 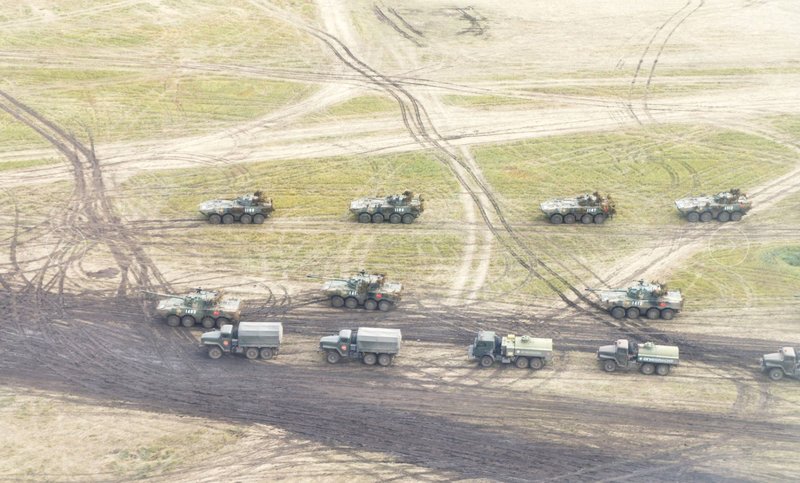 A NATO spokesman commented on the Russian military exercises saying that “it fits into a pattern we have seen over some time – a more assertive Russia, significantly increasing its defence budget and its military presence”. They also said that the exercise “demonstrates Russia’s focus on exercising large-scale conflict”.

Also, at that time, we expect to see Britain aligned with its commonwealth and America, opposing Russia and the EU. Britain who has been a member of the EU since 1973, is now just six months away from leaving. Theresa May, undermined by a poor election result last year, has so far been unable to come to an agreement with the EU over key issues and her compromise solution was quickly rejected by EU negotiators. In her statement today, she said that until the EU is willing to accept compromise no progress can be made and she will continue preparing for a ‘no-deal’ scenario. Such a situation would cause a great rift between the UK and the EU, and would force the UK into rebuilding its links with its commonwealth and traditional friends such as America. Britain would not have a positive relationship with the EU and would be positioned ready to politically oppose the actions of the EU and Russia at the time of the end.

So, as we see Russia strengthening her position in the world, preparing herself for the great day of Armageddon, we must ask ourselves how we are preparing ourselves for the time of Christ’s return. Tune in again next week for another edition of Bible in the News.