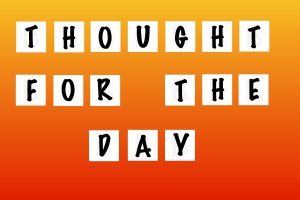 Most human beings put great importance on outward appearance.  Some people will spend great amounts of money on how they look and in their endeavours to keep looking young!  New buildings have to look something special, each generation tries to start a new fashion

Now this is where there is a distinct difference between the Old and New Testaments. We read today in 2nd Chronicles 5 & 6 of the grandeur of the Temple as Solomon dedicated its’ use and worship in it began. This was wonderful, but it proved to be transient because of human nature; human attitudes are so temporary.  Solomon was succeeded by a son and grandson who were disasters.

Our final chapters in Ezekiel contain the detail of a future temple to be built, but that will not be until Jesus, great David’s greater son, is king over all the earth.  This grandeur will not be destroyed by the folly of human beings – and will be matched by that inner greatness in the hearts of those who truly worship God.  Thus, Hebrews 8 v.10-12 will be fulfilled, “I will put my laws into their minds, and write them on their hearts … for they shall all know me …”

That 4 letter word ‘know’ is a key word and has a power of meaning in the way it is often used in Scripture.  We all need tell ourselves, ‘I need to know God now – if I am to be there.’

When Jesus spoke of the Temple he said that the day was coming when not one stone would be left upon another [Mark 13 v.1-2].  His disciples were shocked at this forecast of its total destruction.  Jesus had been misunderstood when he spoke of destroying the temple and rebuilding it in 3 days – we read of this a few days ago [John 2 v.19-21].  Those who hated him picked up this saying, for extreme jealousy creates hatred, they used this saying against him at his trial and later cat-called about it when he was on the cross [Mark 14 v.58 and 15 v29].

Imagine how utterly shattered those still alive would have been at the Temples destruction 40 years later. Things which are outwardly grand dominated their thinking, it is no different today, there is a time coming when the whole world  will feel utterly shattered.

In a few days we will read Daniel ch. 2 and the interpretation Daniel provides to the king’s dream – the time (how soon now) when “the God of heaven will set up a kingdom that shall never be destroyed, nor shall the kingdom be left to another people. It shall break in pieces all these kingdoms and bring them to an end, and it shall stand forever”  The world will then be filled with eternal grandeur!  Are you living now so that you will be there?

The readings for today, September 25 are: 1 Chronicles 8
Ezekiel 21
Luke 18
Our website uses cookies from third party services to improve your browsing experience. Read more about this and how you can control cookies by clicking "Privacy Preferences".
X
X