Even As Russians Withdraw, Their Legacy in Syria Remains As the departure of Russian forces from Syria announced March 14 continues, evidence of construction at Russia’s main air base in the country demonstrates Moscow’s intention to maintain a military presence there. Imagery dated March 17 acquired by Stratfor of the Bassel al Assad air base in Latakia province and the naval base at Tartus highlights the ongoing Russian drawdown of its forces in Syria that Moscow contends will be largely completed by March 20.

The imagery shows that as of noon local time March 17, more than a quarter of the Russian air group at Bassel al Assad air base had departed Syria. Three Su-34 combat aircraft and a Tu-154 transport plane were the first to leave March 15, followed a day later by all 12 Su-25 ground attack aircraft and a number of Il-76 transport planes. The transport planes carried the mechanics, aircrew and equipment that serviced the combat aircraft. The Russians have indicated that a number of Su-24 aircraft departed March 17, but the imagery indicates that the Su-24 group was still largely in place. It is possible that those Su-24s departed after the imagery was taken. 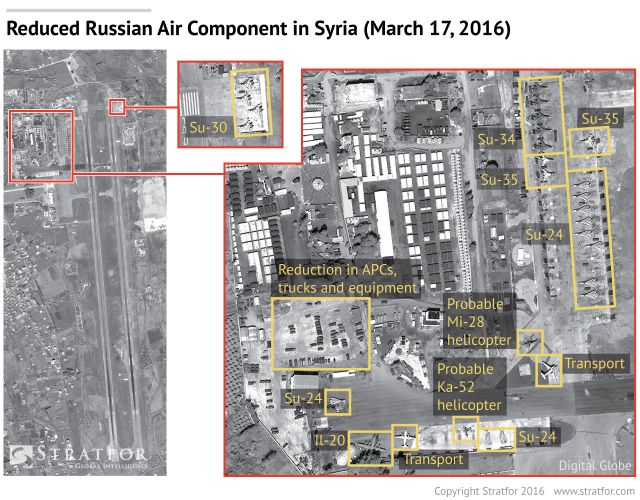 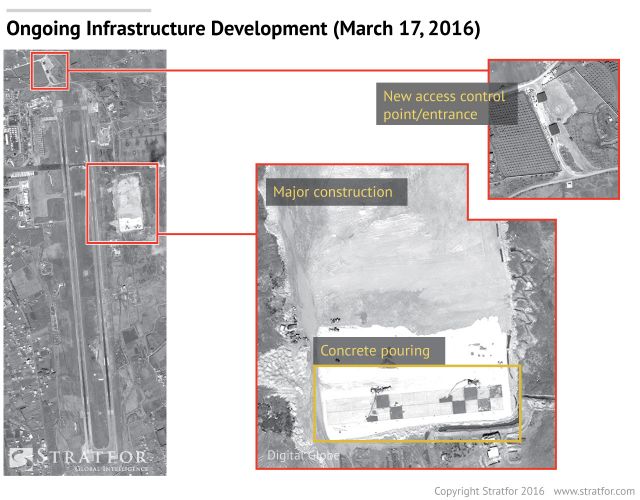 The imagery not only shows that the Russians are still expanding infrastructure and facilities at the air base, but also that they have deployed additional assets in the past few days there. These prominently include Mi-28 and Ka-52 helicopter gunships that have a variety of uses: In addition to protecting the facilities, they can conduct combat search and rescue operations and provide close air support to ground forces. The Russians have also emphasized that their air defenses will remain in place, as shown in the imagery of the active S-400 battery at Bassel al Assad air base. Furthermore, the Russians have not yet withdrawn their Su-30 and Su-35 air superiority fighters from Syria. Since the troop withdrawal announcement, Russia has continued to launch bombing sorties from that air base in support of Syrian government forces that are fighting the Islamic State near Palmyra. 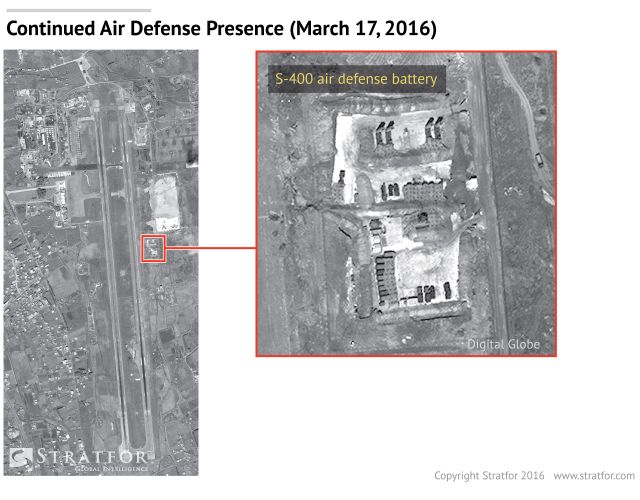 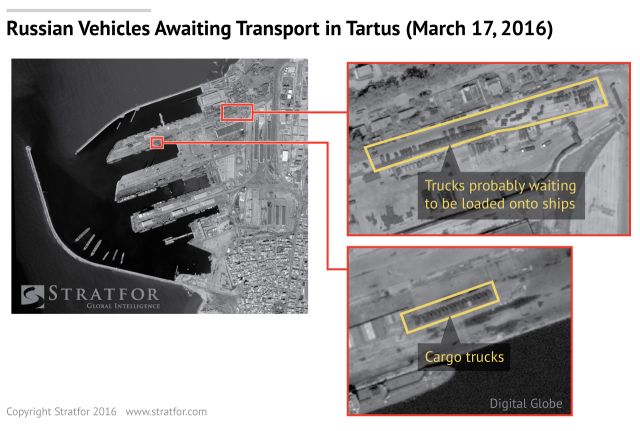 As can be see from the imagery of the naval base at Tartus, there are currently no significant onloading operations taking place. While military vehicles are staged there and are seemingly ready to depart, heavy artillery and armored fighting vehicles — which the Russians have deployed in Syria — do not appear to be among them. This highlights the possibility that Russia is going to maintain its active ground support of the Syrian government forces as they continue to conduct operations against rebel and Islamic State targets. There is also the potential for the Russians to transfer some of that equipment to loyalist forces, as they have with tanks and artillery over past months. As recent battlefield casualties reveal, Russian special operations forces are continuing their active support of loyalist operations as well.

“Even As Russians Withdraw, Their Legacy in Syria Remains is republished with permission of Stratfor.”