Britain in Bible Prophecy: Britain’s road to EU exit as required by the Bible -Bible in the News Video Post

Britain in Bible Prophecy: Britain’s road to EU exit as required by the Bible
2nd Anniversary of the EU Referendum – Brexit negotiations and Bible prophecy
Click image to play video

As we approach the 2nd anniversary of Britain’s historic decision to leave the European Union, and with the October deadline for a deal, set by Michel Barnier, now just months away, this week we look at what is to be expected from the Brexit process in light of Bible prophecy.

Ezekiel 38 refers to a future invasion of Israel by a large confederacy of nations. These nations include Magog as well as “Gomer and all his bands”. By comparing references from Josephus and Herodotus we can find that Magog refers to eastern Europe, and in a similar way, by comparing Josephus with another Greek historian Diodorus Siculus we can find that Gomer refers to a large section of Western Europe, particularly France. From this, we see that continental Europe is united in this military venture. Late last year we saw 23 EU countries, headed by France and Germany, agree to start the process of integrating their armies to create a European army which could mark the beginning of the assembly of the great confederacy written about by Ezekiel 2500 years ago. 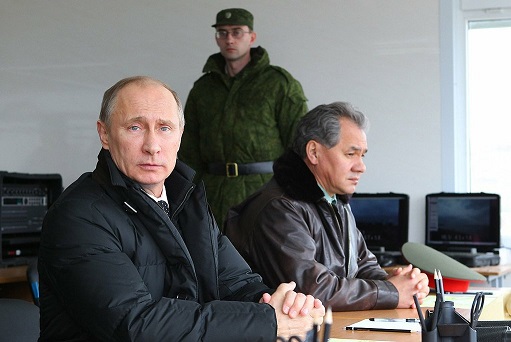 Ezekiel 38 also refers to “the merchants of Tarshish” and “the young lions thereof” along with Sheba and Dedan who oppose this confederacy. So, who might these opposing nations be? By comparing the mentions of Tarshish in the Bible with the accounts of historians (such as Herodotus) it seems clear that Tarshish is Britain. This is explained extensively in an article by John Carter from 1952, which was republished in October 2013’s Bible Magazine.

This is also explained in April 2016’s issue of the Bible Magazine which was published a few months before the EU referendum. Matt Davies also believed that Tarshish referred to Britain and that this meant that Britain would be one of the nation’s opposing the invasion of Israel.

He argued that Britain must, therefore, be separate from Europe at the time of the end, because Ezekiel 38 shows Britain not only outside the Confederacy but also in opposition of it. He wrote:

“What this indicates to us is that the Tarshish power [ie Britain] is not aligned politically, economically or militarily with its European neighbours.”

So, we see here that to fulfil these biblical prophecies Britain must not only be outside the European Union politically, but we should expect it to find itself in a situation where it opposes it internationally as well.

Since the 2016 referendum, many of the previously remain supporting MPs have been pushing for a so-called “soft Brexit” where Britain would remain part of the single market, customers union, European courts and even continue to allow free movement of people between the UK and the EU. This simply would not be the situation found in Ezekiel 38 as there would still be political and economic alignment between the UK and EU.

Immediately after the referendum, this seemed a very possible outcome, but over the last two years, the likelihood of this very close relationship has diminished. All significant amendments tabled to force the government to negotiate in this way have been ultimately rejected, and meanwhile, in Brussels, negotiations are in grave difficulty with some questioning whether a deal between the two sides is still possible before the deadline in October. It is possible that Britain could end up leaving without a deal at all, resulting in a poor relationship between the two sides.

In April, Michel Barnier, the EU’s chief negotiator said that the issue of the Irish border had brought the talks to an impasse and that the negotiations were in danger of collapsing altogether. With Theresa May relying on the Northern Irish DUP to hold up her government her hands are tied making this a real difficultly

While more recently Boris Johnson has been recorded secretly saying that he believed the Brexit talks were heading for a “meltdown”. Whether a deal can be reached by the October deadline or not, it has become more and more clear that the close relationship, hoped for by some, simply is not going to happen. Tim Farron, the then leader of the pro-EU Liberal Democrats said that the Prime Minister had chosen the “hardest form of Brexit”. Less and less people see a close and friendly partnership between the UK and EU as likely, and we can be sure that whatever the exact situation is when Britain does leave the EU, events in the world will prepare further for her role in Eze 38.

In the pamphlet “Guardians of Israel & Arabia” published in September 1990, nearly 30 years ago, we can read:

“The timing we do not know, but the author of this booklet believes that Bible prophecy requires Britain’s ultimate separation from Catholic Europe. On this basis, he has no hesitation in saying that Britain’s eventual exit from Europe is a certainty. As to questions concerning how it will happen, and when, we do not know because it has not been revealed in the Scripture. But when it does happen it will be yet another sign verifying the remarkable dependability of those prophecies in the Bible.

Many politicians have been debating whether or not Brexit can still be stopped, but as we read in Proverbs 19:

“There are many devices in a man’s heart; nevertheless, the counsel of Yahweh, that shall stand”.

“Yahweh bringeth the counsel of the heathen to nought: he maketh the devices of the people of none effect.”

The most high does indeed rule in the kingdom of men, and however, God chooses to outwork his plan there is nothing that man can do to frustrate his will. So, let us have confidence in the truth of his word, that the time will come when God will go out to fight against those nations who come against his people and his son will be king over them.

This has been Paul Barnes joining you for this week’s Bible in the News.


Or our Prophecy Update here  (Past issues here)


Romans 10:18 “their sound went into all the earth, and their words unto the ends of the world”

Do you have anything to support the reading that these nations oppose the confederacy? Bible translators seem virtually unanimous that “are you come to take a spoil?” is a request to by the merchant powers to participate in the plundering of Israel for profit, not to oppose the invaders.

Also, does this really need Brexit/to leave the EU for this to be fulfilled? Assuming the minority reading is the correct one (opposing the confederacy), why would Britain have to leave Europe to achieve this? EU nations have a history of disagreeing on military action – is there somewhere else we can refer to in order to show that Brexit is necessary for Britain to oppose a particular course of action?