Brexit and the moment of Truth! Video

Print
March 22, 2019 – Audio, 7.43 MIN
(Links at bottom of page to download free viewers.)
For those of us that believe that Tarshish is the ancient Biblical name for the islands of Great Britain and that it has to be separate from the powers of Europe in order for the scene in Ezekiel 38 to play out, Brexit is an exciting thing to watch.

Hello, this is Matt Davies joining you.

God’s plan as revealed in the scriptures

The British influence is a restrictive force in the idea of the ‘United States of Europe’ which will surely continue to form into the united territories of the metallic image of Nebuchadnezzar of Daniel 2.

As one French expert was reported as saying by the Express on March 1st: “The European Union should “rejoice” over Brexit as the UK will no longer be a “killjoy” with their opposition to plans for further integration among member states” – French political commentator Éric Zemmour.

It is in Daniel 2 that the stone power of Christ comes to destroy the united kingdom of men and establish the Kingdom of God. The prophecy depicts an image representing a continues historic timeline of empires. It starts with the Babylonian empire represented by a head of gold. This gives way to a chest and arms of silver representing the Medo Persian empire. Next comes the belly and thighs of brass – the Greek empire. Then the Roman Empire is depicted as legs of iron. The last phase, the feet, describes the disintegrated territories of the Roman Empire. 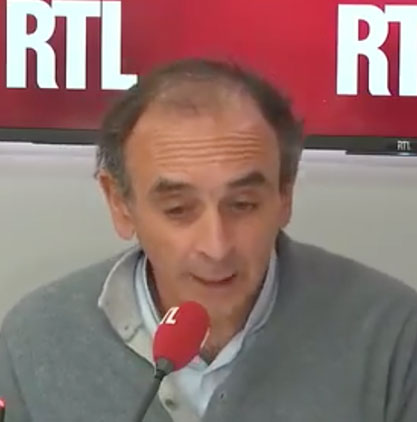 The stone comes in the feet phase but we are told all of the metals are broken in pieces together which indicate the image somehow exists in the latter days and that all the territories that it represents from the Bablyonian, Medo-Persian, Greek and Roman, will be united together in opposition to Christ.

In Daniels visions of the beasts in chapter 7 again this fourth phase of the Kingdom of Men is shown to us as being antagonistic to Christ. The European side of this territory, depicted in Ezekiel 38 as Gomer and Magog will continue to pool its power to this concept of the ‘beast empire’ as we read of in Rev 17:13 which describes the final details of the beast system. We read there that ten kings “give their power and strength unto the beast” – this is very much the sentiment of the EU project.

God has mapped out another destiny for Tarshish who are busy trading in the Gulf with their independent ‘young lion’ political offspring on the latter days. This is clearly described for us in Ezekiel 38. This prophecy is a snapshot of the alliances of the nations just before Christ returns. It describes the same picture as the prophecies of Daniel. A uniting of the peoples of the Kingdom of men – all in opposition to God and His people Israel.  The Tarshish power, Britain, is separate from this antagonistic force.

This week Brexit has dominated the headlines. British Prime Minister, Teresa May has been speaking to EU leaders attempting to get an extension of time on Brexit.

Brexit is still set to happen. Currently, it looks like it will either happen with some sort of a delay and a deal or it will happen with a no deal and an even shorter delay.

On Wednesday Prime Minister May had told the public she was  “on their side” and had blamed the delay to Brexit with MPs. The very people she needs to vote for her deal next week.

(May addresses the media on 22nd March -)
The UK is “now at the moment of decision”.
Source BBC

At the time of writing this, the EU has agreed to allow the UK a short delay to allow the ratification of the deal to the 22nd May – but this is subject to the UK Parliament accepting the deal which May has negotiated with the EU. The UK Parliament has already turned down May’s deal twice (if not three times if you consider the time when a vote was delayed). It is a shambles.

If the UK Parliament does not agree the deal then they will allow a delay until the 12th of April unless there is some other twist or turn of events.

French President Emmanuel Macron has stated if this deal is not accepted then there will be no deal.

“In the case of a negative British vote then we’d be heading to a no deal. We all know it. And it’s essential to be clear in these days and moments,”

No deal is looking most likely unless a significant change can be made to May’s deal that will get Parliament to change its mind. She stated on Friday 22nd of March that the UK was “now at the moment of decision”.

Teresa May has also dismissed calls to revoke Article 50 – the legally binding exit clause which the UK has triggered to leave the EU. A petition calling for that on the Parliament website attracted more than two million signatures. Teresa May stated that the people had voted to leave and were told their decision would be respected. The democratic protestant spirit of British culture seems to be silently present.

The work of the angels

For those of us watching this with Bible in hand, we are amazed at the work of the angels.

So many things have had to be put into place to ensure Brexit takes place. Brexit being written into law. Parliament needing to sign off on any negotiated exit deal. A UK Government with no clear majority and a protestant DUP party holding a disproportionate amount of power. A gridlock of all parties so everyone can vote down any amends but nobody can make any positive amends to events which are sliding towards Brexit. A weak opposition party who can’t get its act together to challenge the government. A determined and notoriously “difficult” Priminister committed to stating “Brexit means Brexit”.

We are reminded of the statement in Daniel: “the most High ruleth in the kingdom of men, and giveth it to whomsoever he will.” Daniel 4:32 and that “there is no power but of God: the powers that be are ordained of God.” Romans 13:1

As we witness the detachment of the Tarshish power from the powers of Magog and Gomer of Ezekiel 38 we stand in awe of the work of the angels of God who are bringing about the picture of the latter days as a sign to the believers who read and put their faith in God’s word the Bible.

We do not know all the twists and turns but we are indeed excited by the signs of the times for they indicate the Lord Jesus Christ is soon to appear on the earth.

In other related news, Donald Trump has stated that it is about time that the world recognises the Golan Heights as Israeli territory bringing more international controversy on the mountains of Israel as depicted in latter-day prophecy. Another small sign of the times that the controversy of Zion is at hand which will herald the return of Messiah.

So we watch and wait patiently knowing that all things are in God’s sovereign control and knowing that it is “better to trust in the LORD than to put confidence in man.” (Psalm 118:8)